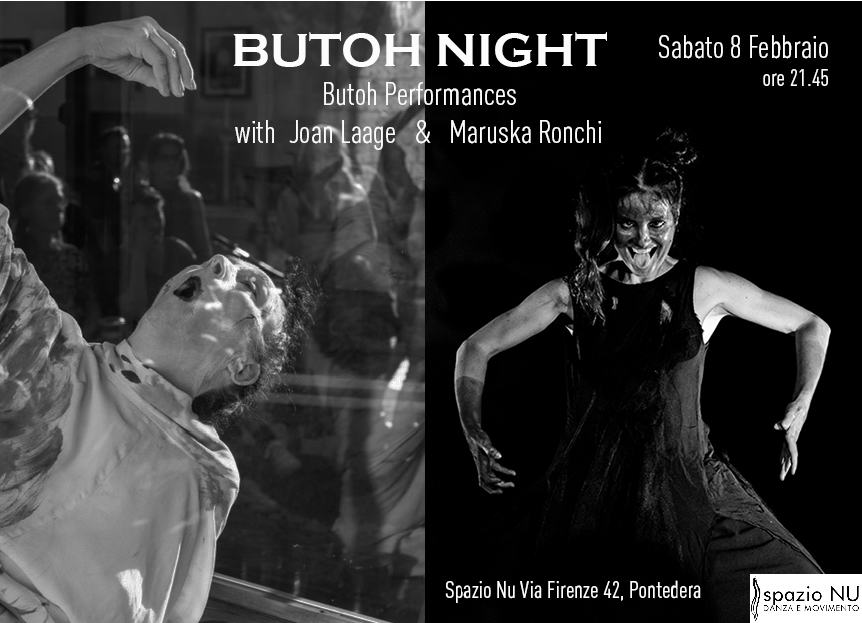 “Red Moon” It is a ritual performance about the feminine energies, linked to the cycles of the moon. A hypnotic
performance where the dancer digs in the subconscious to return archetypal images to the
audience.
An oniric representation of reality, deformed, altering the essential elements of the figure,
completely free from any reference to reality itself. In this way, referring to a different reality,
“subtle worlds”, symbolic worlds, of the unknown, of the removed, of the shadow.
Opening the inner abyss to rediscover a mysterious universe, keeper of a forgotten wisdom.
Rediscover the dual nature of the feminine, its deep connection with Mother Nature, that is
generous and cruel at the same time, propitious and ruthless; Mother Nature that generates and
kills, which contains in itself life and death in an endless cycle.

“Rivers Running Red” is a new work that pays homage to the female body and menstruation. The piece is greatly inspired by an article exposing the practice in certain traditional societies of sending women off to the mountains to remain in huts and, all too often not surviving the harsh conditions, fueled by the belief that women are unclean while menstruating. The piece is also a reflection on this monthly cycle being celebrated as a sacred passage in other cultures. With an original score by Seattle musicians Michael Shannon and Joey Largent. “Rivers Running Red” will also be performed as a duet with Kea Tonetti in Milan and in Seattle with Katrina Wolfe.

Maruska Ronchi
is a butoh dancer, choreographer and performer.
She dances and teaches throughout Europe, Canada and Japan, as well as regularly teaching and working with Atsushi Takenouchi in the Butoh school in Italy.
She is also collaborating with other artists to make and develop original ways for new creations. She is one of the founder of two international groups, HAIKUMU project and Cie de ta Soeur.
She worked and collaborate with Joan Laage (U.S.A.), Seisaku (Japan), Rianto (Indonesia), UnlockDancingPlaza dance company (Hong Kong), Benoit Lachambre (Canada).
www.maruskaronchi.com

After studying with masters Kazuo Ohno and Yoko Ashikawa in Tokyo in the late 80s andperfor ming with Ashikawa’s group Gnome, Joan Laage settled in Seattle and founded Dappin’
Butoh in 1990. She is a co-founder of DAIPANbutoh Collective. Joan performed at the New York, Chicago, Portland, Boulder, Seattle and Paris butoh festivals, and a butoh symposium at the University of California (LA). Joan taught and performed in London, working with Lee, Rachel and Sally in her project Operation Theatre. A Ph.D. in Dance &amp; Related Arts from Texas Woman’s University, she is featured in Sondra Fraleigh’s books – Dancing into Darkness: Butoh,
Zen, and Japan and Butoh: Metamorphic Dance and Global Alchemy. She frequently creates site-specific work for Japanese gardens in Seattle. Joan’s articles appear in butō, a book recently
published in Latvia. She is an avid Tai Chi practitioner with a background in Asian dance/theater. Since living in Krakow 2004-2006, she has been known as Kogut (rooster). Joan
has also studied with Atsushi Takenouchi (at Spazio NU) and shown her work during his performances since she lived in Poland. www.seattlebutoh-laage.com